Up early for a run, I was taken by how clear the water off Larne’s coast is, but still more by how warm it is. As if finally shrugging off a coat, the country was bathed in sunshine today, making for a warm run even before 9 in the morning. I also spotted any number of conservatory type areas on the front of the sea-gazing houses. No great feat of investigation, but it occurs to me that this is exactly the place where these things make sense. I’ve always agreed with friend sal that they’re odd-too cold in winter, too hot in sun, but by the sea, where an otherwise warm day is made several degrees cooler by the sea breeze, maybe perfect.

I’d spread out over my several days in Larne but eventually got packed up and said goodbye. I hope the business is such a success that I’ll never get the chance to stay there in such peace again, and it has been a huge privilege to rattle around in a big, yet cosy, house with such friendly people.

I headed up the coast road again, and the view is as spectacular as the first time. Passing the point to which I’d cycled, I pulled over at the first beach I spotted, which had the same tidy gardened area and well maintained parking spots as I’ve become accustomed to. The road used to be blocked by the cliff, until a wealthy landowner got bored with the windy track around the hill and paid for the ‘red tunnel’ to run through it. To the left of that are the coves, one of which housed a ‘hedge school’. Before hedge funds, there were schools, where pupils were taught how to invest teachers’ time against the possibility of those teachers losing knowledge. Or it was something about educating Catholics-to try to encourage them to convert, Catholics were not allowed to enrol in local schools, so instead their education provision went underground, being provided in tucked away places. Not, despite the name, actually in hedges, mind.

The central cove became the home of Nan. Anne Murray lived there from age 50 to death at 100. The cottage was rent free, and she survived by knitting, spinning and selling Poteen. It was illegal to sell, so you’d buy an expensive cup of water and get a Poteen chaser. That’s living.

From Waterfoot I headed to Cushendall and Cushenden, both beautiful. If I was nit picking, the flies on the beach were annoying, but even paradise must have a few irritations.

Or have I missed the point? After lunch on the beach I headed to the camping barn. My first journey inland for several days took me into the heart of Glenarriff forest, bordered by the glens of Glenarriff and Glenballyemon, two of the nine glens of Antrim. Not sure what happened with the latter, all the others are just glenx, gleny and glenbob, but that one has grown a whole load of extra syllables. The views over the forest are glorious, though you may be able to see that this is a pretty well maintained and bordered forest, not a wild sprawl. I climbed a hill out the back and could see the lines more clearly, whilst passing a load of felled trees, I think from some aggressive management rather than wind.

The barn itself is in the middle of nowhere, so this should again be a good night’s sleep, albeit with a quiet broken by the Doppler whoosh of passing traffic just metres away. Tomorrow, assuming the weather is holding, I’ll find a campsite.

Farmers dropped off 5 cows, right in front of me.

View from the hostel. 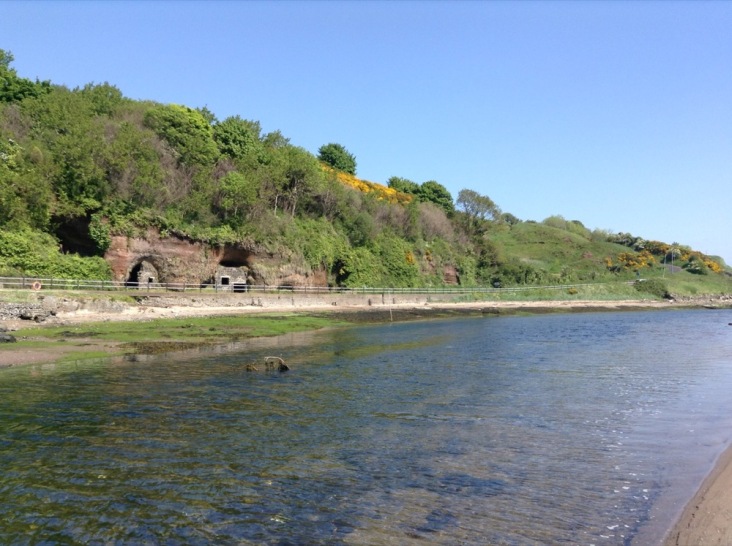