It seemed, from my uninformed perspective, an impromptu party. And a good one. Today therefore started slowly and with pain. The kind of head pain that says both ‘hangover’ and ‘back to bed’. Yesterday evening I was reading in the barn when up popped Steven, and his guitar. This place has a reputation as a place where storytelling and singing breaks out regularly, so I didn’t think too much of it, but I had assumed it would just be the four girls and me for the evening and couldn’t have been more wrong. Another car pulled up, disgorging Dave, his two daughters and wife, and then while i was talking to Anthony, wandering in to the barn came Siobhan, commenting “who’s this?” of me and letting us know that husband Shane had been intimidated by the number of people so hadn’t stopped to say hello. It all seemed a little odd, particularly as I was only getting part of the conversation since I was indoors and the barbecue out, but it turned out to be barn minder Jennifer’s last night, so people had come to see her off with a gathering. I wasn’t sure how involved to get, and Anthony seemed happier indoors but we only stayed there for a while before joining the outdoor gang. The general rule is – of course you’re invited.

Eventually we were joined by Clare, the owner’s daughter, and those left moved indoors. We were out of beer so had a quick road trip to the offy, three miles away. As we stopped at a garage I jumped out, only for Stephen to explain this was just a stop for cigarettes – offy elsewhere. A local noticed I was confused and checked I knew where the shop was – it’s not in the most obvious place. Within seconds he was telling me about his wife from Essex, living in South Woodford and his trip to Stansted the next day, while I leaned on his car. It hasn’t happened to me in Surrey, that.

We rolled on. Down a side passage, and round behind a Chinese takeaway, this is not a shop you’d find without help. On the ride back I basked in the idea of making friends so quickly, and being welcomed on a trip to get more booze to make sure we could go on beyond 12.

Bed came at around 3, I think. Stephen was convinced he could play the guitar even without backup, and Anthony brought out the tin whistle, while Siobhan tried to convince Clare to have babies and the Americans despaired, being by now in their 20s, of ever meeting men. Possibly being out here in the sticks hasn’t exactly helped their thinking. For me, this place seems perfect, though. Stuff the campsite, I’m staying-much better location to come back to after a run in Ballymena.

None of the hangover part was great preparation for tonight’s 5 mile race, but it went well. I plan to write up my races separately, but finally I have a 5 mile pb which is like my marathon one-it starts with a 2. Despite the 29.30 bus coming past me at 3miles, laden with 3 other vets, I even picked up £25 for being first v40. I hope the third v45, 3seconds ahead of me, also got something, but I wasn’t paying enough attention.

Later on Anthony, who likes to tinker around the place, announced that since he’d dug a fire pit, he’d fill and light it. That allowed Kirsten and Evelina to burn the mementos they received at their Christian retreat on Iona. First rule of a Christian retreat, you do not talk about it. But you do by lack of comment make it sound fairly dreadful, and that an opinion from people who believe. The fire burned happily and we sat swapping thoughts-mostly Anthony’s, true-till near midnight. It barely seems late to Ayisha, as it isn’t dark till well after ten here, whereas in Colorado the sun disappears around 7, so her clock is all out of whack. 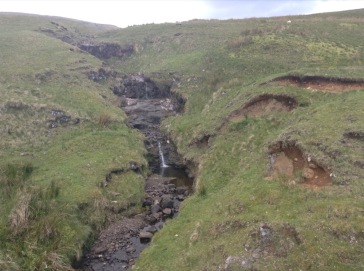