Indecision. Stay here or move on? With a Unesco world heritage site on our doorstep and the phrase ‘not to be missed’ attached to it by Lonely Planet, the first move at least was easy and we strolled to the Bru Na Boinne visitors’ centre down the road. The tour is mostly outdoors, you are warned, but we still kept company with most of the visitors by being unprepared-my brolly only did part of the job of keeping the rain off, and I internally echoed American Joe’s “I have waterproof trousers in the car”.

All visitors are asked to go via the centre, then bussed to the monuments. We started at Knowth. Newgrange is the more famous, and has a safe passage to allow you to walk in, but Knowth is actually the bigger, with megalithic art everywhere. It took 13 years to excavate Newgrange, but 40 for Knowth, some difference. These huge mounds, formed by making the one (Newgrange) and two (Knowth) internal chambers and then a passage to them out of huge stones, then surrounding those with stones upon stones. At some point before the Iron Age the mounds-up to 40, with three big ones, including Dowth which I cycled to yesterday-were abandoned, and that’s what saved them. The stones that were high up slipped and the whole was overgrown, such that all the smaller mounds disappeared while the bigger ones looked like hills. Settlements, some very important, were built on top but without disturbing most of what lay underneath (other through compaction). The passage at Newgrange takes you in to the original chamber, possibly used for funeral rites, with stones specially stacked on one another to form a high sloping cylindrical chamber. Very cool, especially as “but we’re not boasting” with a construction date around 3200 BC the mounds predate the pyramids by 500 and Stonehenge by 1000 years.

After we’d been blown about and soaked outside Knowth we headed to the bus and Newgrange, informed that it was a narrow passage “but you’ll all get in” and that “everyone is responsible for their own head” in the low passages. It’s a slick operation, but no less cool for all that.

Once done we were well into the afternoon and I figured we’d head for the midlands. A bit harder to find accommodation, perhaps, but off the most touristy trail. One hostel showed on the map of independents, at Farran Farm, and it proved a good choice. First Wendy showed us our room, and proved easy enough to persuade to talk about her four sons, currently spread around the globe, then her husband came out and told us all about his time in Alberta, Toronto, the World Cup in South Africa-he was with Dave Thompson, you know, and he’ll find someone to talk to wherever he goes. But then you knew that.

Joking aside, I think it draws the listener into the story much more if you name the people who were there with you, even though the listener doesn’t know and will never meet them, so I liked his style. It helps that it matches the way Linda and I tell stories, too. We played UNO with the usual American braggadocio and Bam!s for winning. We’d stopped for dinner at Aldi, a first for me, and I’d taken my apple remains out of the car to bin. Reaching into the boot for a bag I knew Linda would be unimpressed but dropped the core on the floor anyway, thinking I’d grab it in a sec. Immediately, with a face that communicated both “stitch this” and “got your back, baby,” Linda kicked the core under the car, which put my worry at the idea of unimpressing her out of the picture straight away.

I picked up the core, dear reader. Legs dead after a Sunday off, run and cycle yesterday and nothing today. I’ve found some scales here, tomorrow the bad news. 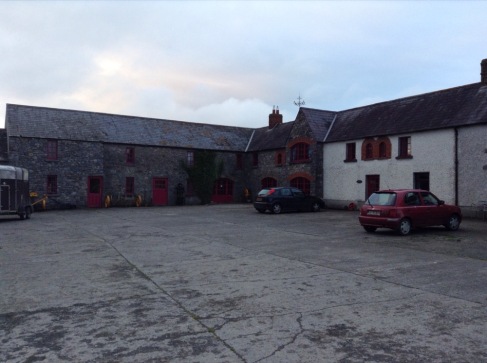 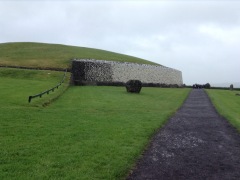 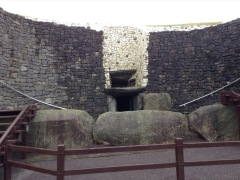