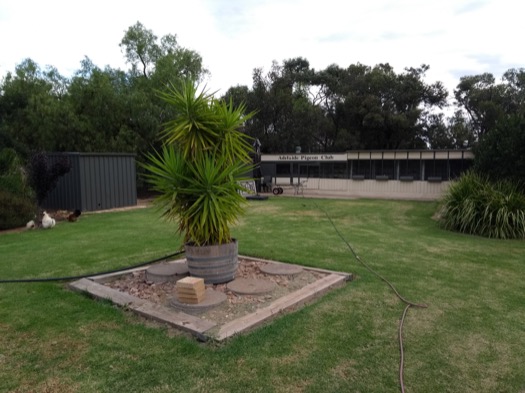 I stayed in MacDonald park, Adelaide, marked in red on the map. It’s a fair way out of the city, as you can see. 4km in a straight line from Broadmeadows station, if you were to be naughty enough to walk over the freeway. It’s not actually that far from the nearest town (Angle Vale, 4km), or the nearest bigger town (Elizabeth, 10km), but I’m always trying to walk everywhere, so I felt a little remote. My hosts would happily have given me a lift to anywhere, though, so that passed. In the meantime, there was so much to enjoy.

If you haven’t used AirBnB and would like to, this link will give you £25 credit (subject to spending just over 2x that): www.airbnb.co.uk/c/jmatthews708.

Although my hosts had been there 15 years and saw the place as having stayed still, there are a few empty lots where they are – they are 2 acre lots, so pretty large – and some new houses being built where people have grabbed a lot.

Along with their many other jobs, my AirBnB hosts have also bred dogs, which left them with Harriet, the softest labrador you could ever meet.

And I have a few pictures of the garden, to give you an idea of the relative luxury I stayed in. 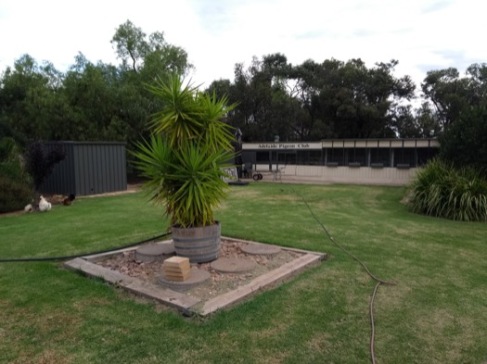 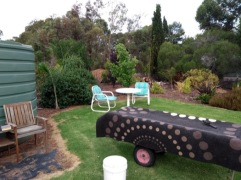 Have a seat in the garden. 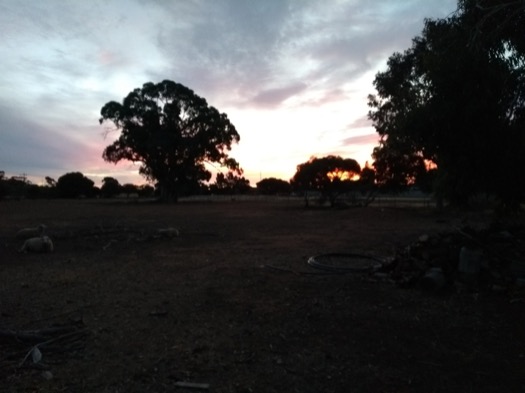