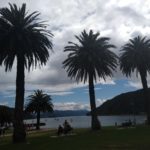 I had to check my blog to find out, but I had travelled on this ferry before. Then, I used the intercity bus pass, which just charges you the hours the crossing takes. With a single fare around $50 for a 3.5 hour crossing, while passes are around $8 per hour, it’s a cheaper option.

Not as cheap as free, though, and my crossing was covered, along with that of the SUV beast I was driving, by the rental company, via the transfercar website. Loading was slick, too – the ferry left on time, yet not much more than half an hour before, all the car and campervan traffic had been parked in lanes on the land.

Last time I went North-South, which leaves the scenic part to the end. I preferred this way; staring out at the green, tree-lined shores, wondering at life in the houses which can’t have any road access, then settling in for the rest of the crossing wherever I could find a seat. 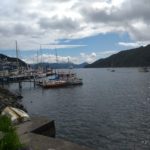 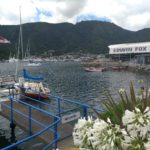 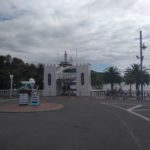 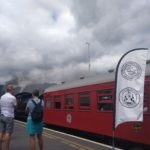 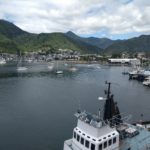 View of Picton from the ferry. 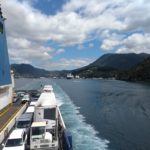 View back over the ferry. 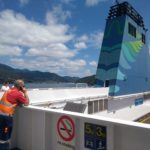 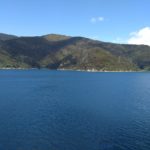 Greenery, and houses only accessible from the water. 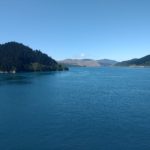 Hilly green scenery over the water. 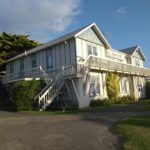 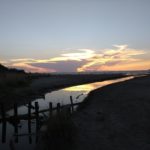 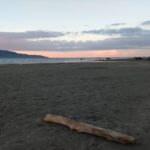 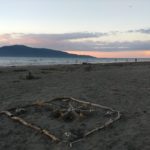