After parkrun, I watched Paddington 2 in town and then hit the road. The route above is pretty much the most obvious, except that at the intersection NE of Feilding I somehow took the scenic route. It seemed obvious at the time. It was a decent road, just through quiet, small towns and beautiful scenery. Rather than, I’d imagine, larger towns, and beautiful scenery.

I had left the hostel in an odd mood. It was my third visit to Palmerston North, and the same hostel (Peppertree lodge) which was perhaps one too many, making me feel a lack of progress. Still, it was peaceful enough as I shared my room with a friendly Frenchman who was looking for work. We were joined by a Dutchman with a life in chaos – split up from his girlfriend, homeless and living out of a car. He introduced himself oddly, first spending some time checking out the room (when really all you need do is pick a bed) and then explaining his recent history to explain why he might not be sociable, as it “wasn’t like travelling” before giving us some (but not much) credit for having been in country for a month or two each, against his 10 years. He seemed a wildcard.

And sure enough, he was. I and the Frenchman slept well from 10ish to 3, but were then awakened by the wildcard, whispering then talking his way into the room. There was no one with him. Once I was awake, he leaned over enough that I could smell the alcohol and feel a little uncomfortable, as he explained an Irishman had tried to recruit him to the IRA. He lay down for a while, tried to make a couple of phone calls (guess who to), getting noisy ‘leave a message’ aborts, then lay down for a while. The room relaxed.

20 minutes later, he was up again, and talking outside. When he came back, he tapped my bed to wake me, said he’d save my life and that we should leave the hostel. He left, and we heard his car go. “That’s not good”. We locked the door behind him and didn’t see him again.

Ultimately, that was it, but it was enough to leave me feeing a bit odd. I got back to the hostel for a shower, and although I’d taken my stuff already, decided to pop back into the room to say a proper bye to the Frenchman whose name I never learned. Wildcard was back, this time a little more cogent, and with the same story. At least he’d come to no harm.

The French lad’s eyes were wide – expecting more of the same the next night, probably. I skedaddled into the sunshine. Nothing better than the New Zealand countryside and blue skies to reset one’s mood.

I stopped at the New Zealand army museum in Waiouru, though only to take photos outside as it was closing in 30minutes (open every day, 9am-4.30pm). 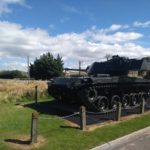 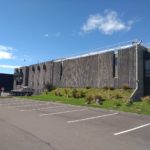 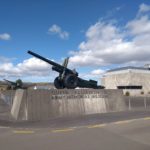 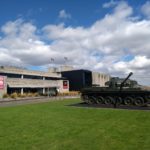 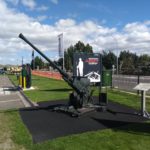 Artillery piece pointing to the sky.

I stopped in Ohakune for some food, and just to soak up some small-town atmosphere. Had I not already booked at National Park, I could happily have checked into a hostel here.

National park (the town) was not far away, but there was time for one more scenic lookout spot, at the Makatote viaduct, set on a dramatically swirling stretch of road. 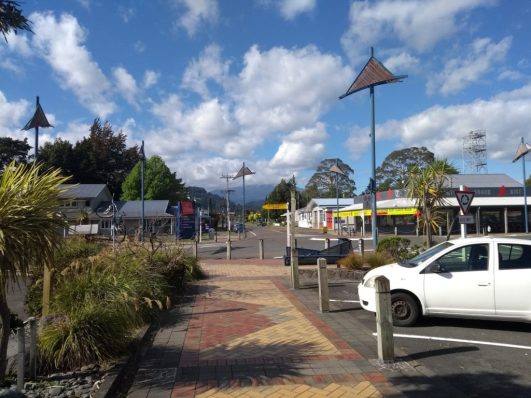 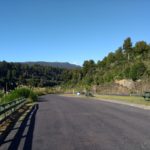 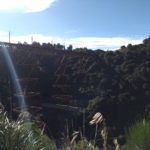 I arrived at Ski Haus, in National Park, to find a couple of runners looping the small town, with the place itself almost empty and bathed in sunshine. I went for a run, but soon found that laps of town weren’t compulsory. Over the railway lines is Fisher Road, which is a gravel track that leads all the way to the sea. I only went as far as the footpath to the Taranaki lookout point. It wasn’t clear, so I couldn’t see all the way to the mountain, 100km away, but the run had it all – a sunny backdrop, start on flat tarmac, a gradual climb on a gravel road and then an undulating run through the forest to the lookout point.

Wandering around The Mournes, Newcastle, NI.
10:30pm, Northern Ireland's summer style.
Trees of NI; first from The Dark Hedges, then from the little gem that is Tardree Forest.
Giant's Causeway, Northern Ireland.
The sun popped out for a bit at Dunseverick Castle (the small ruin on the left). It had gone by the time I got to Dunseverick Falls (last picture). Glorious while it lasted.
Birdoswald Fort, Hadrian's Wall