I spent four days in the eminently walkable, artsy and sophisticated city of Philadelphia. It boasts great museums, albeit not free ones, and the Museum of Art has the ‘Rocky Steps’ (that is, the steps up which Rocky ran in the film, like).

Day 1; walking from the station to Apple Hostels, then to the waterfront and finding happy hour in the Olde Bar. 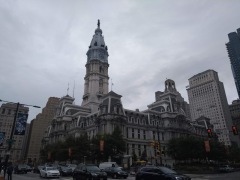 City hall – largest municipal building in the US. 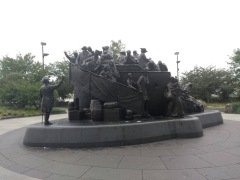 Irish Memorial, commemorating the potato famine, which prompted so many to flee the country. 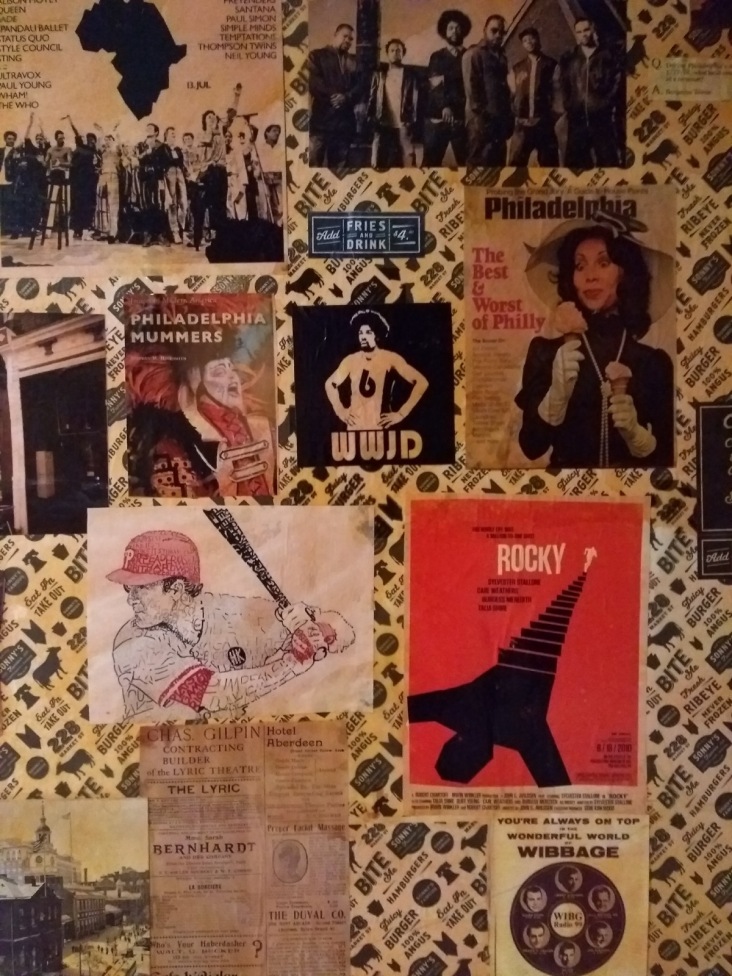 Philadelphia is also the ‘home’ of independence, hosting the building in which both the Declaration of Independence and the Constitution were signed. Visiting Independence Hall and the Liberty Bell is free. The former needs you to collect a timed ticket from the Independence Visitor Centre (which is a shortish walk away, but not right next door). On day 2, we visited both of those places. 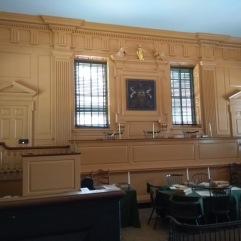 Courtroom, Independence Hall – very British, even down to the dock, which looks like a jail (believed prejudicial to viewers’ opinion).

Senators’ table/chairs in the main hall.

The Liberty Bell. It’s a doozy of a crack.

Tomb of the unknown soldier, from the Civil War. 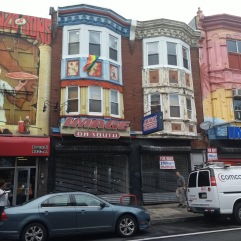 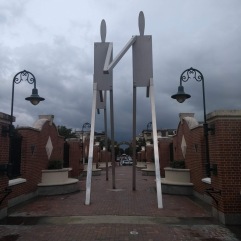 Penn’s Landing – from the other direction, you can see there are three walkers. 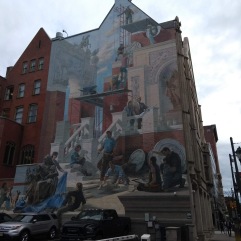 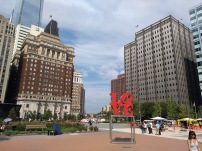 Amor sculpture – not in Love Park (further up Parkway, near Logan Square). 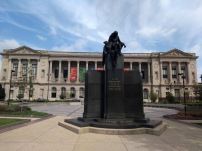 Shakespeare Memorial; text “All the world’s a stage and all the men and women merely players”.

Museum of Art behind Washington. 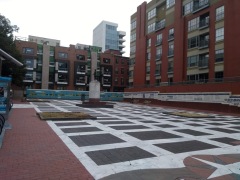 Museum of the American Revolution.

Rowers on the river.

Boathouse row. Ground floor of this beautiful building is for boats only.