The Rodin museum has plenty of sculptures outside, so if you don’t fancy paying to go in, you can see several things. Most were cast in bronze after Rodin’s death, which was always the plan, and there are a few (but a limited number) of each, so you may see a Thinker elsewhere. To go in, pay what you want – suggested donation $10, no criticism offered if you pay less.

The Thinker, outside the Rodin Museum.

The Burghers of Calais, outside the museum.

The Gates of Hell 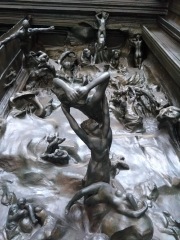 The Gates of Hell, detail. 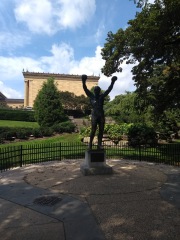 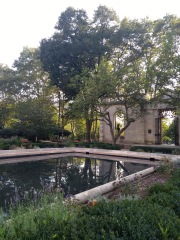 Garden, Rodin Museum – free to use, lovely spot for a picnic.

The Museum of Art is a huge draw in the city. On a Wednesday evening, 5-8:45 (and first Sunday of the month, 10am-5pm), you can pay what you want in order to enter; otherwise it is $20 for two days’ entry. There’s a lot to see, and lots of different types of art, from paintings through furniture, homewares and armour, so spreading your visit out makes sense. I felt a little overwhelmed from the sheer variety of forms, let alone the amount of stuff, but did wander through most of the museum. It’s a bit of a maze in places – it is worth picking up a map!

Wellington, in a boot.

White Tara, Buddhist god of compassion. Eyes on the palm and forehead show that she sees and helps all living beings. 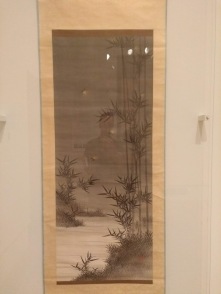 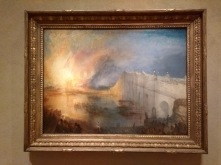 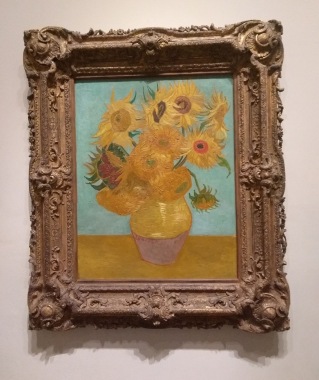 Cezanne, Still Life with a Dessert.

On Thursday evening I took myself off to the theatre. I couldn’t find a play, but a musical at the Walnut Street Theatre was a fair substitute. The lowest-priced tickets are $25 – buy them at the theatre to avoid high online surcharges. If the theatre isn’t full then the floor manager will invite people to move forwards. Otherwise those cheap seats are right at the back. It is a relatively small theatre but still, further forward is way better. It may not be Broadway, but the performance – and singing – was of an extremely high standard.

View from the Mezzanine (after moving forward).