Tallinn is a peaceful city, or at least the old town seems so. There are plenty of tourists and activities, but the cobbles and focus on tourism mean there are few vehicles allowed in the old part, and strolling round it is a pleasure. After North America, where architecture is certainly newer, and often mostly functional, these old buildings, alleyways and characterful stoneworks are a lovely change.

Have some photos, so I can share it with you. Walking around is a pleasure. Though it is also the Black Nights Film Festival, and I have been indoors, taking full advantage of that. 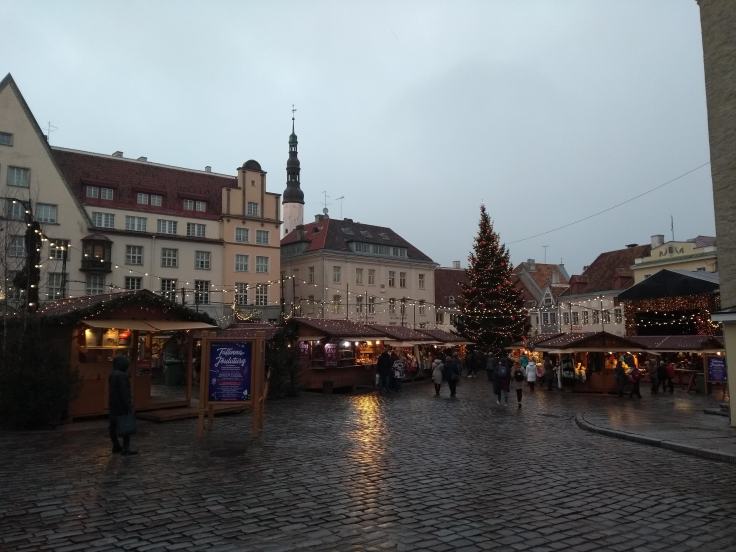 For 3 euros – which is just about the right price (my ticket said 4, so perhaps that’s the peak season price) – you can climb some steps up to the old city wall, and then some further ones to the top of the Hellemann tower. The views are pretty good, but there isn’t much else to it.

There is a door in front of this grid, at the top of the tower. It opens, if you want a clearer photo.

But which films did you see? I know you want to know: