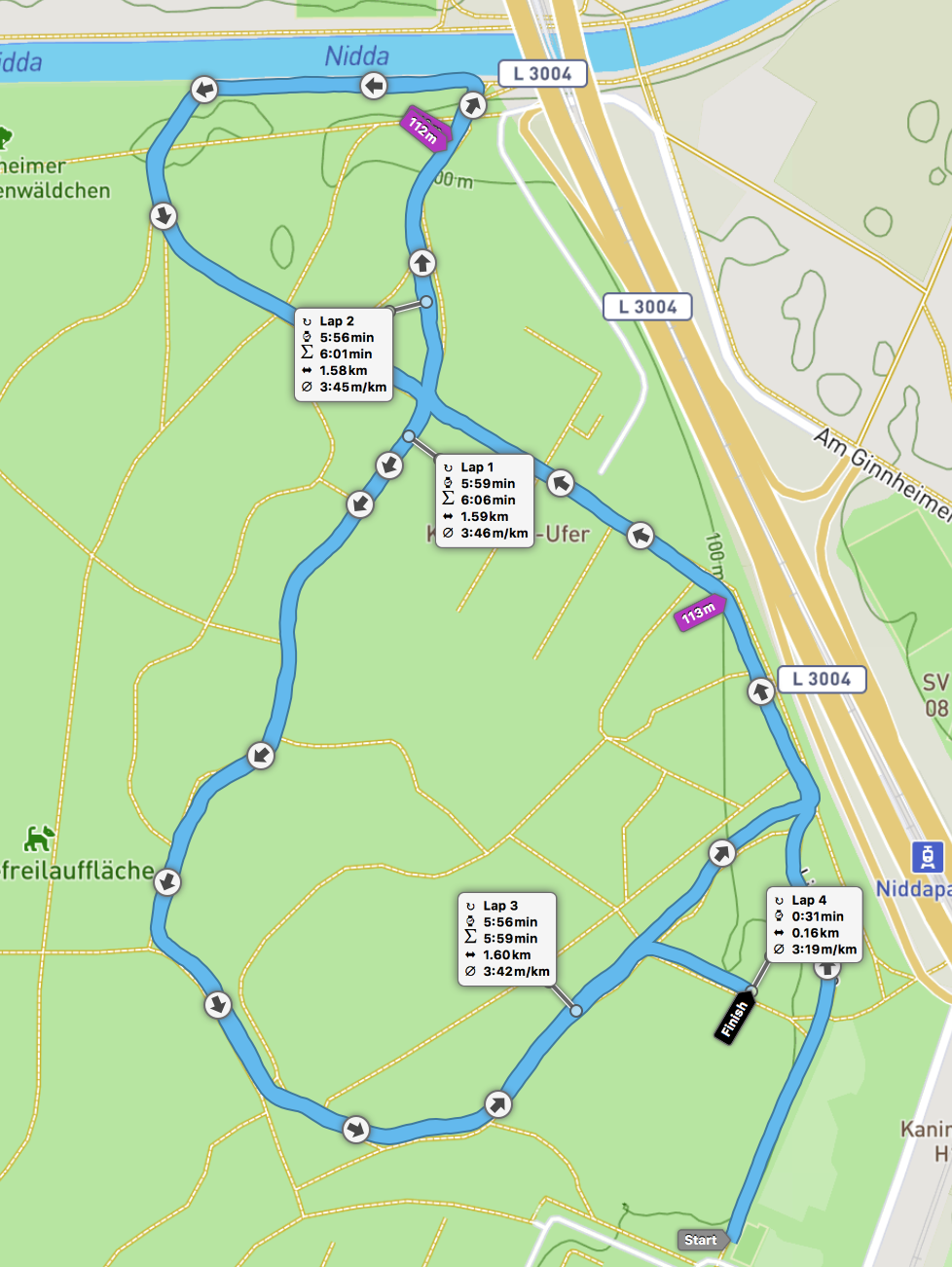 My second parkrun in Germany, and it’s a different course to Berlin. Which isn’t saying much – they’re all different in some way. This one is still in a lovely park, even on a brisk Autumnal morning, with occasional sunshine to warm bones.

It’s pretty fast and flat, none of the turns too sharp, and just a few muddy patches to slow us down a little. A straight on after the left at the top left of the course, as shown above, wasn’t completely obvious on my first run through. Second time round, the signs had been put back up, presumably after blowing down; either side of the path, they made the only indistinct section completely obvious.

There were marshals on course, too, and an American event director. She speaks German but, for speed, did the pre-run briefing just in English. It was a bit cold before we set off, though the day was warming up a bit so for running, at least, it was a lovely day.

This close to Christmas, the finish was decorated with some stand up wooden snowmen and the like, with a nice festive feel. My whole morning was great. Getting to the start is, I am told, simple using public transport. Even better, I thought, was the run there – along trails, once out of the centre, and I took a slightly more scenic route back, South through the park before joining up with trails again. Frankfurt has plenty of riverfront to run along, too, so it’s a great place to explore on foot.