The bus from Rimini to San Marino costs €5 each way, and leaves from opposite the main railway station. You can buy tickets on the bus, but it is easier and quicker to get them from the shop 20m away from the bus stop. Not the “bus tickets here” shack, on the left as you look out from the railway station, the shop is on the other side of the road ahead of you, as is the bus stop. Both are well labelled.

The journey takes about an hour. The timetable is available on the Bonelli Bus website. Queueing to get on a bus in Italy is optional, though there was enough space for everyone when I went.

San Marino is a small nation, but not one you’ll walk around in a day. The walled city is the heart, and the destination for most day-tripping tourists. That, you can walk round in a couple of hours, more if you stop in museums or the two towers that are open – there are three, but the third is small, and has no door. It was rebuilt in the early 20th century, perhaps they did that without a door to keep it pristine on the inside.

It’s high, really high – the map, showing tight hairpin bends, is highly suggestive of that. The bus does some of the work for you, but there are still plenty of steps up and down if you explore the walled city. To give you an idea, the Wikitravel page suggests you see the place as “roughly grouped on 12 levels”. It is very easy to get into. Although it is a sovereign state, and not part of the EU, it uses the Euro and maintains an open border with Italy. I can’t say I felt noticeably free of the EU when there. But then, I don’t feel oppressed by them elsewhere, either, so I guess I’m just missing some nuance (albeit one which, three years in to the Brexit process, no one has been able to explain in the UK, with Leavers’ foolish soundbites currently still being answered with calm, eloquent explanations by the Remain side. Given the UK’s towering intellectual history, this fact-based approach can only bode well for the future.) 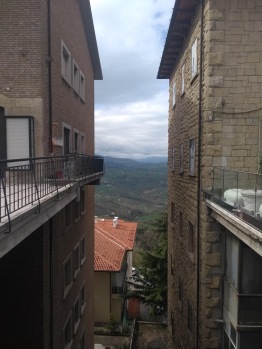 View up high between two buildings. 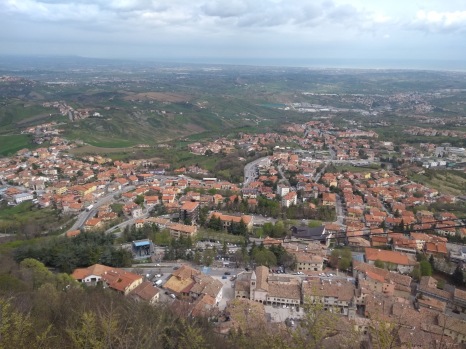 Looking down on San Marino.

Top tip! Check the weather forecast before you go. It’s high, so it’ll be cooler than Rimini. And if the wind is blowing, as it was today, it’ll feel cooler still. A couple of people hopped off the bus in t-shirts and shorts and looked a little rueful.

A walk through narrow sloping alleys takes you past plenty of bars, restaurants, shops offering alcoholic drinks, and those selling cheap (seeming) swords and other weapons. 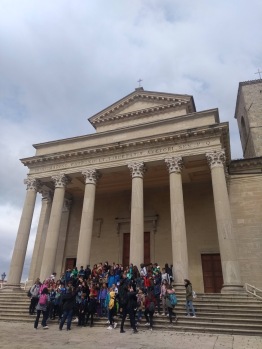 School group in front of columns. 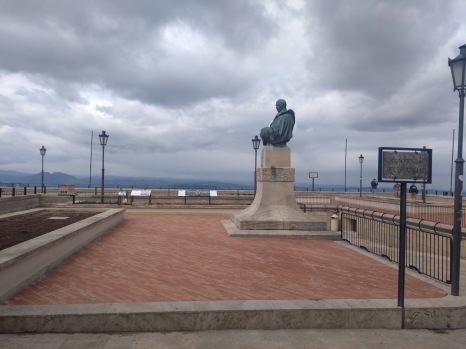 Statue and plaza with views.

Once through those streets, you’ll have views on all sides until you’re close to the buildings. The towers and castellations at the top of the city are particularly evocative.

There are plenty of crenellations, towers and old stone to check out. 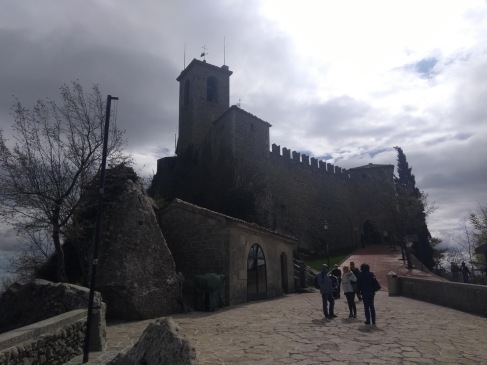 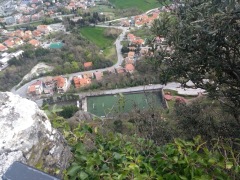 View from on high. I won’t lie, this wigged me out a little. 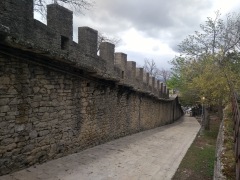 Battlements. No way up to the walkway – which is pretty narrow. 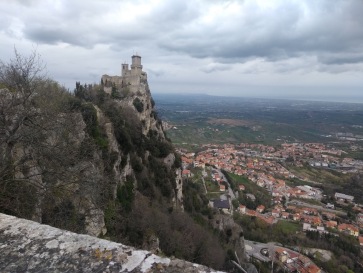 View of tower and drop. 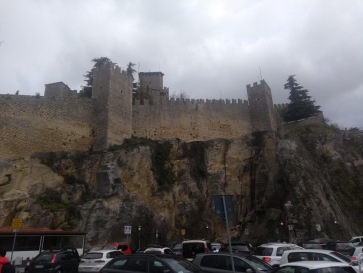 Just below Tower 3 are some paths through the woods, too, if you fancy taking a route that is scenic in a different way. 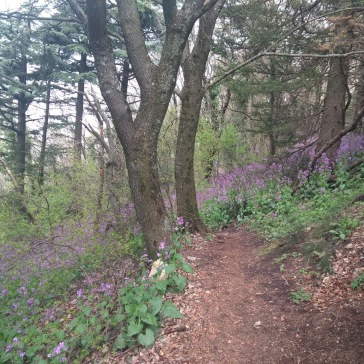 Flowers in the wood. 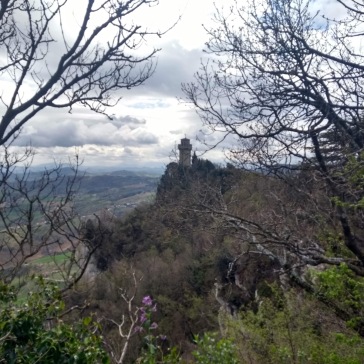 Looking out to Tower 3.

And here I am, looking at Tower 2. Which isn’t pictured, because I’m looking at it.

There are plenty of opportunities to take pictures through arches, fortifications and the like. 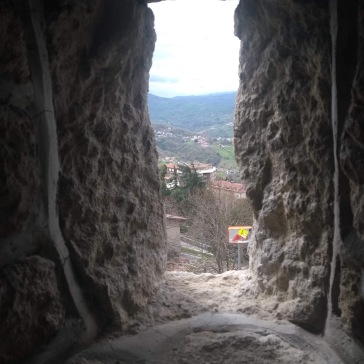 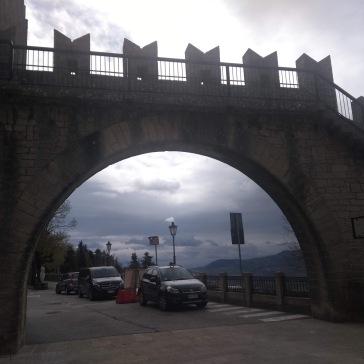 A few more pictures of bits of the city. All over the place, these were taken. For your delectation. 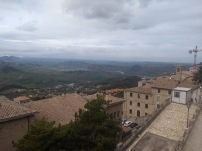 View down the mountain.

Pedestrian walkway from residential area. At the top of here is a quiet zone, for meditation. 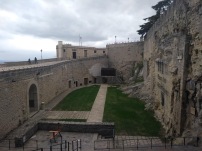 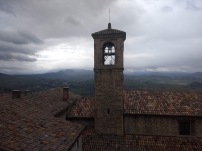 I spent a couple of hours walking around, 15 minutes having some food in a quiet shop/bar/fast food spot (with large bottles of beer available for €1.80) and that was me done. I felt that was a fairly quick visit, but it wasn’t just me – the bus back wasn’t entirely full of familiar faces, but I saw at least three groups who had caught the same bus there as me. If you’re not visiting museums, or stopping for a longer meal, a couple of hours will get you round much of the city.