San Gimignano (wikipedia page) is a beautiful medieval town, marked by its many towers. Rich men of the city used to build them to show their wealth. At one point there were over 70, but advertising so much wealth turned out not to be such a great idea, so they thinned out the number, leaving fourteen. Which still makes for a distinctive skyline.

My hostel offered a there-and-back lift for 15 euros, or bike hire for 10. But it is only 11km. Assuming you go by the shortest route, for which you ought to download Maps.me, which marks dirt roads and footpaths that other maps have not yet heard of, and works offline. I missed a right turn onto a dirt road, distracted by tackling the hill ahead of me, so did over 12k to get there. And an unnecessary hill. But it was still a great jaunt, and the hard work is toward the end. 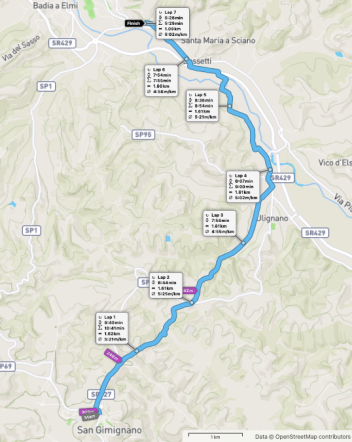 The 11km route, mostly off the roads. 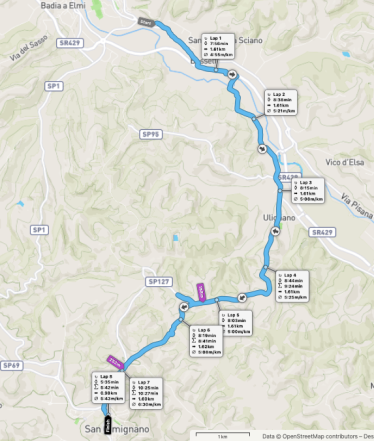 The 12km+ route, with bonus hill, and a little more road.

It’s perfectly walkable, too, if you fancy it. There’s a cruel valley towards the end, just as San Gimignano comes into view you are taken down on a winding road, past a factory or two, losing height only to have to regain it immediately.

The town is full of tourists. It isn’t tiny, so there’s room to move, even on an Easter Sunday, but you definitely know you are in a major attraction. I arrived just after 11, so finding a quiet restaurant was easy. I ordered in simple Italian, and was under no illusion that the server thought I was Italian. I was, however, surprised when she complimented the other two patrons, two ladies from Michigan, on their “lovely, upright, British accents”. Hello? British person right here! I had a quick chat with the ladies on my way out, and we departed in a flurry of mutual accent appreciation. 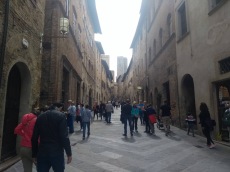 Sloping lane with tourists milling, and a tower at the end. 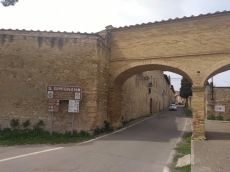 Wandering the lanes is a pleasure. And a workout in itself, as not all of them are flat, by any means. If you want to take a shortcut, then you’ll probably climb or descend a side-alley fairly precipitously. 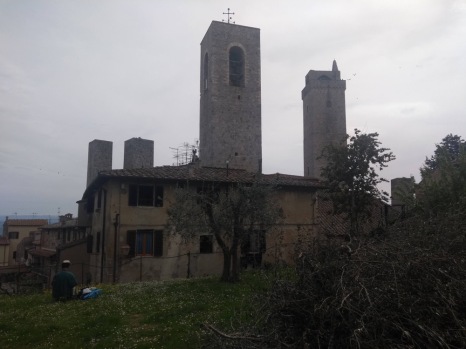 Grassy spot, looking up at a few towers. 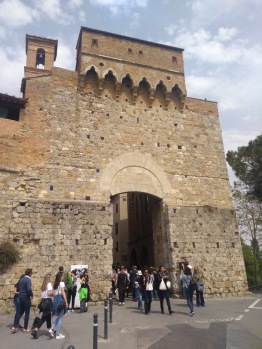 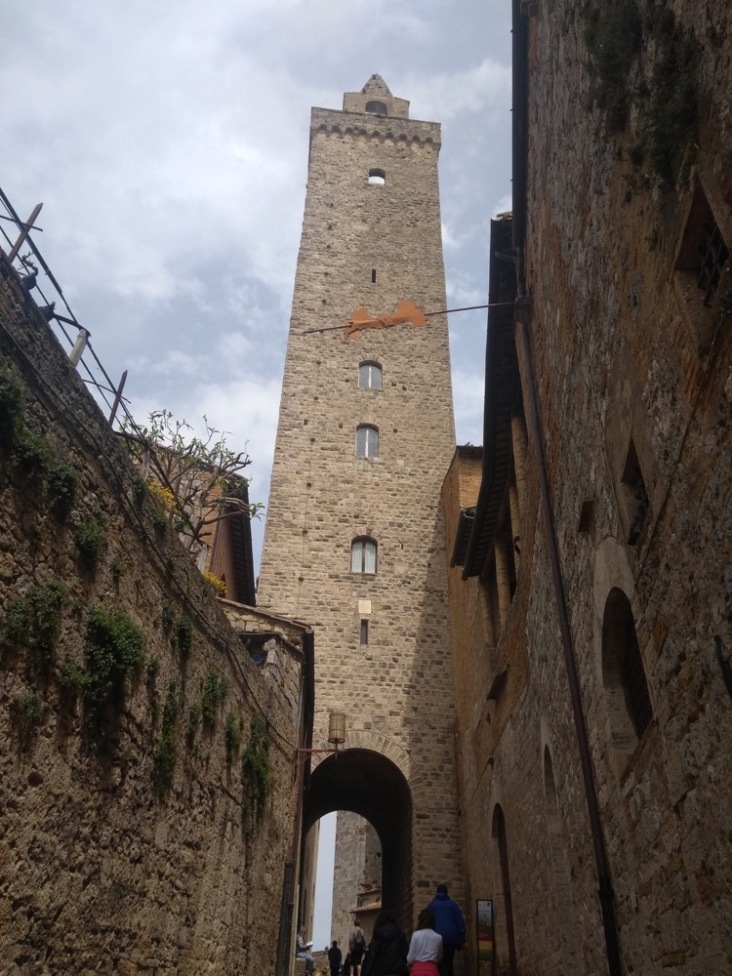 Tall tower with high arch underneath.

There is a combined ticket for the museums, for 9 euros, or a wider one, at 13 euros, allowing access to several different places in the city. I took neither, happy to let lunch settle and then use the energy to return. 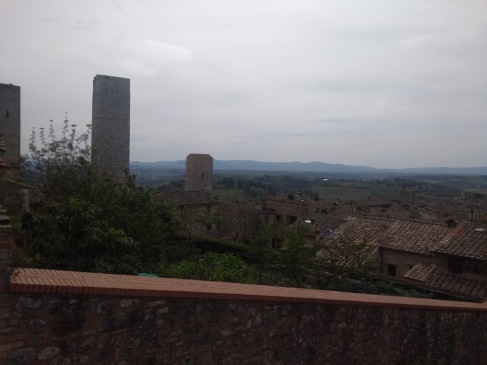 View over the city. 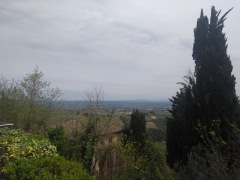 Looking over the landscape from the city. 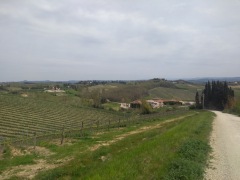 Heading back on a dirt road, through olive-growing fields.

Apart from the towns, the rolling hills and the distinctive brick and tile houses, I have been fascinated by the ruined buildings. Some are obviously farmhouses, untended and unloved. Others are larger, pointing to abandoned factory work. 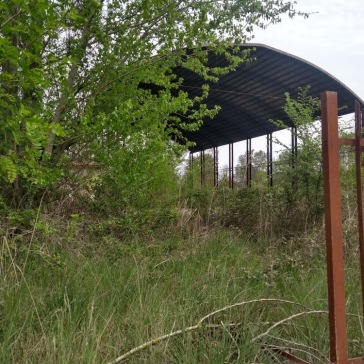 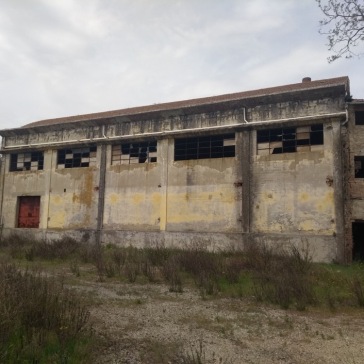 However you get there, San Gimignano is beautiful and worth a look. But don’t forget to poke about in the landscape around it if at all possible.