The Bonnefantenmuseum is on Avenue Ceramique, near the John F Kennedybrug (bridge). They have a permanent collection of Old Masters, with modern exhibits changing periodically. For me, these comprised The Absence of Mark Manders, Jan Hendrix: Terra Firme and a couple of pieces by Grayson Perry in the main entrance (though these may be more permanent). One gallery – to show Scenes from the Anthropocene, very soon – was closed, though I still easily passed a couple of hours there. 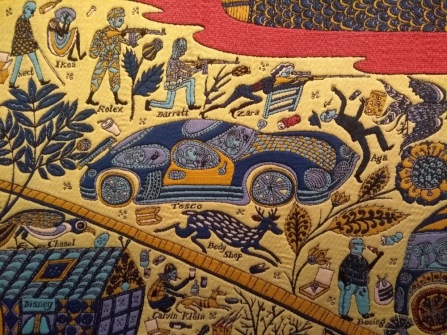 Detail from The Walthamstow Tapestry, by Grayson Perry. 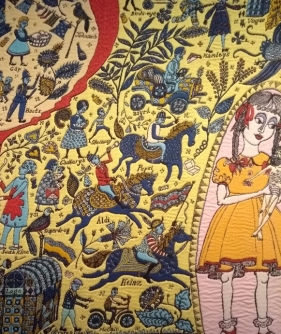 Detail from The Walthamstow Tapestry.

Entry is 14 Euros for adults, or 16 if you offer to pay the suggested extra donation. There are two, large, floors to look round, and a smaller third. I headed straight for The Old Masters on the first floor, in that that’s where I found myself after walking up stairs. 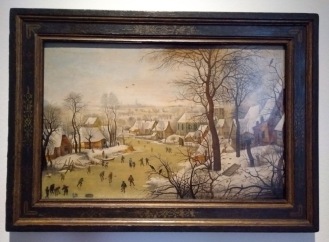 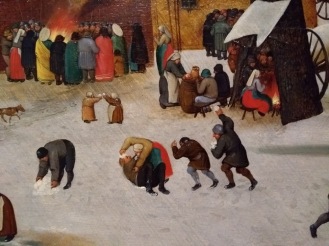 Detail from painting of a census. 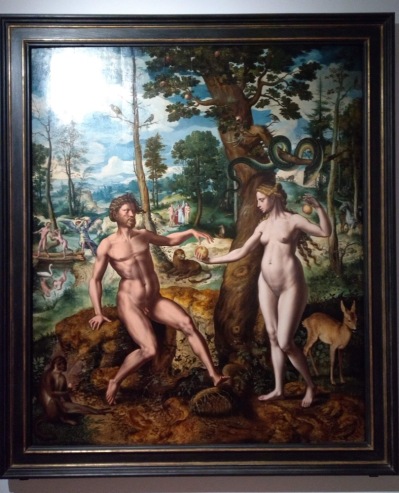 It was initially a surprise, given that it is now 2020, to spot the plaques under several artworks, to the effect that they were stolen during the Second World War, and haven’t yet been reunited with owners, or their heirs.

The paintings are varied and beautiful. Some of the faces seemed a little odd to me, though. 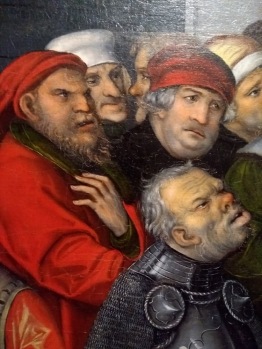 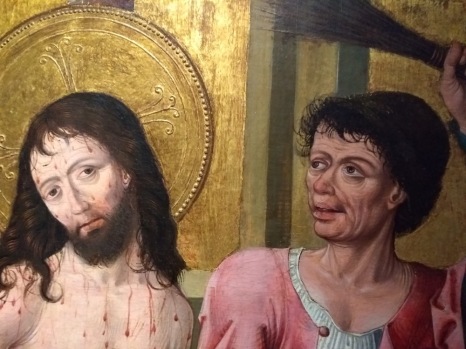 Faces, as Christ is whipped.

I headed up the stairs to check that Mark Manders was not there, and found it as advertised. His work is designed as a self-portrait, in building form. I’m not well enough educated to have followed it, but I found it interesting, as it spread from large to small exhibits, with the repeating motif of a head with a block vertically shoved in it. 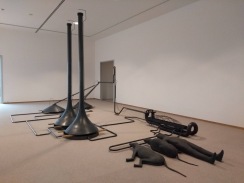 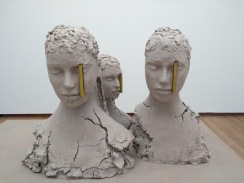 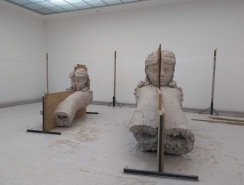 More clay, larger. This room, and the way to it, was surrounded by a thin film, which rustled as you walked past. 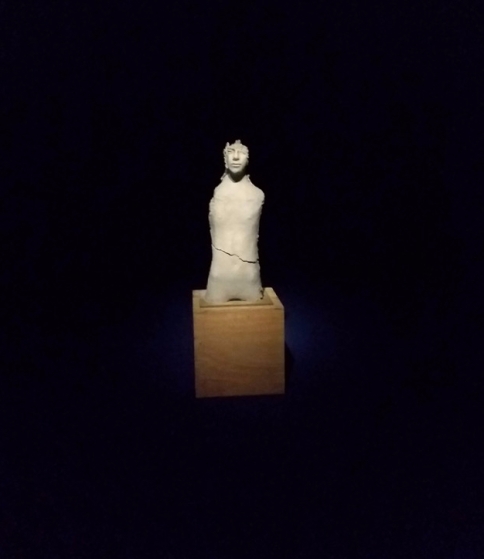 Dark room with a clay figure. I found it spooky. 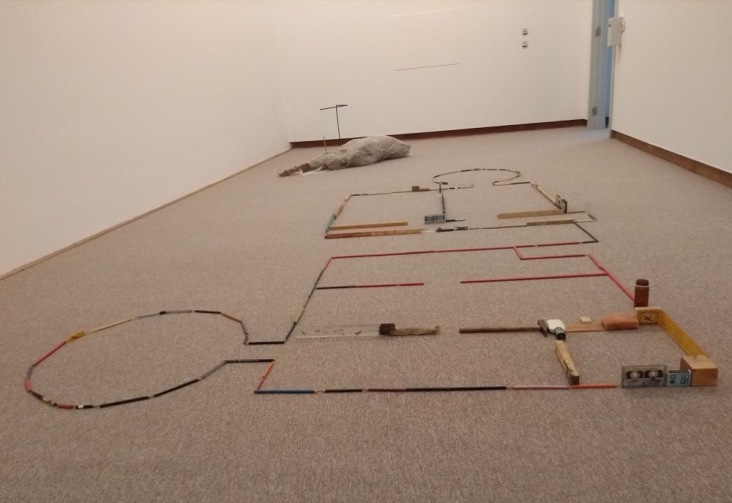 The museum encourage new artists, as evidenced by this installation, also on the second floor. It isn’t as effective without the noises. 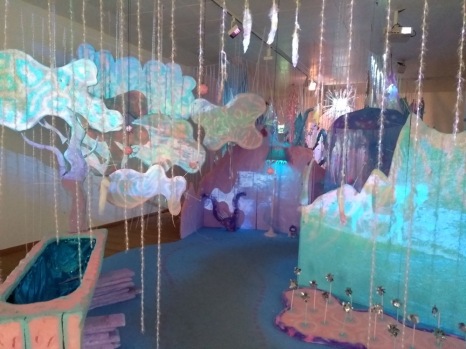 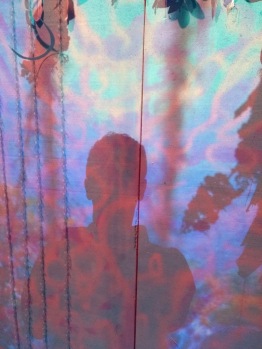 My shadow at the back of the installation.

Jan Hendrix is, like Mark Manders, a Dutch Artist. He has lived in Mexico since 1978, with his work shown here, focussing on the country’s fauna. The large tapestries were rich and it was tricky to resist the temptation to touch them (though I managed it).

Hendrix is friends with Seamus Heaney, and they have collaborated on some lavish-looking books, with the artwork supporting poetry and displayed here. 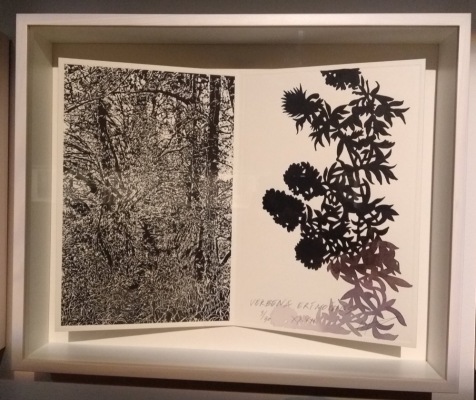 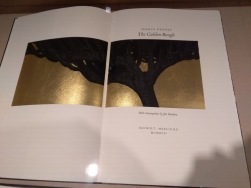 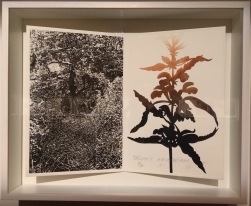 Finally in the museum, I wandered into Stanley Donwood’s The Optical Glade, and happily took advantage of the beanbags on the floor, which gave me a view of the roof. A group of children changed the atmosphere, from quiet and reflective to boisterous and lively, as they came in and did the same. The blurb informs you that the soundtrack was created by Thom Yorke, from sounds recorded in a forest. It’s very peaceful, and slightly trippy.

I enjoyed my visit, and recommend the museum thoroughly. If all the galleries are open, it might take another hour, but it isn’t totally exhausting to walk through it all, though I’m sure it would reward repeated visits. 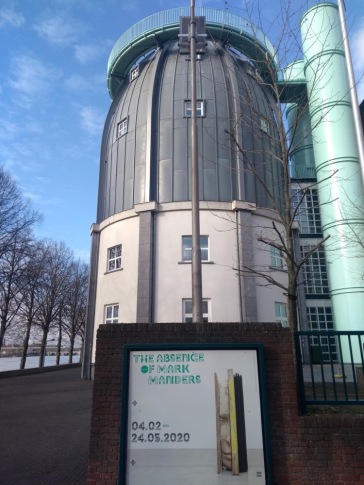 View of the museum’s tower from behind. 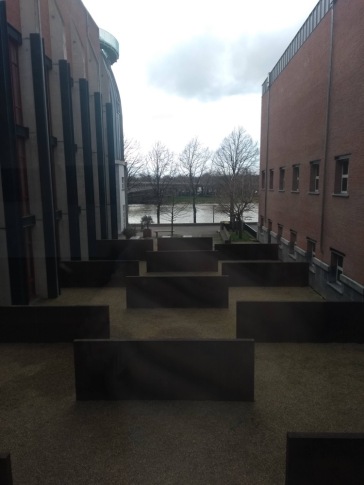 View of the Maas from the first floor.

On a sunny day, the river looked beautiful, and the streets of Maastricht were winding and welcoming. 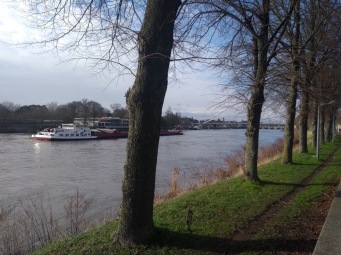 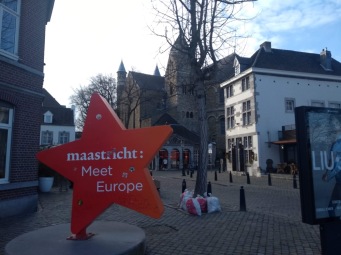 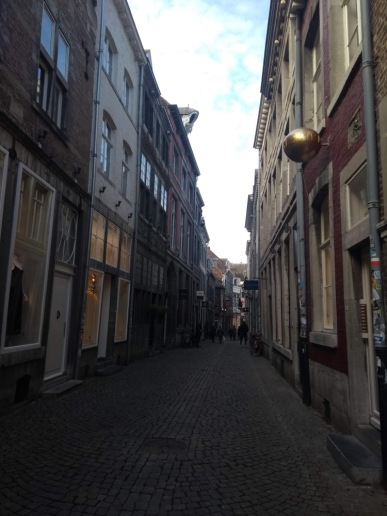