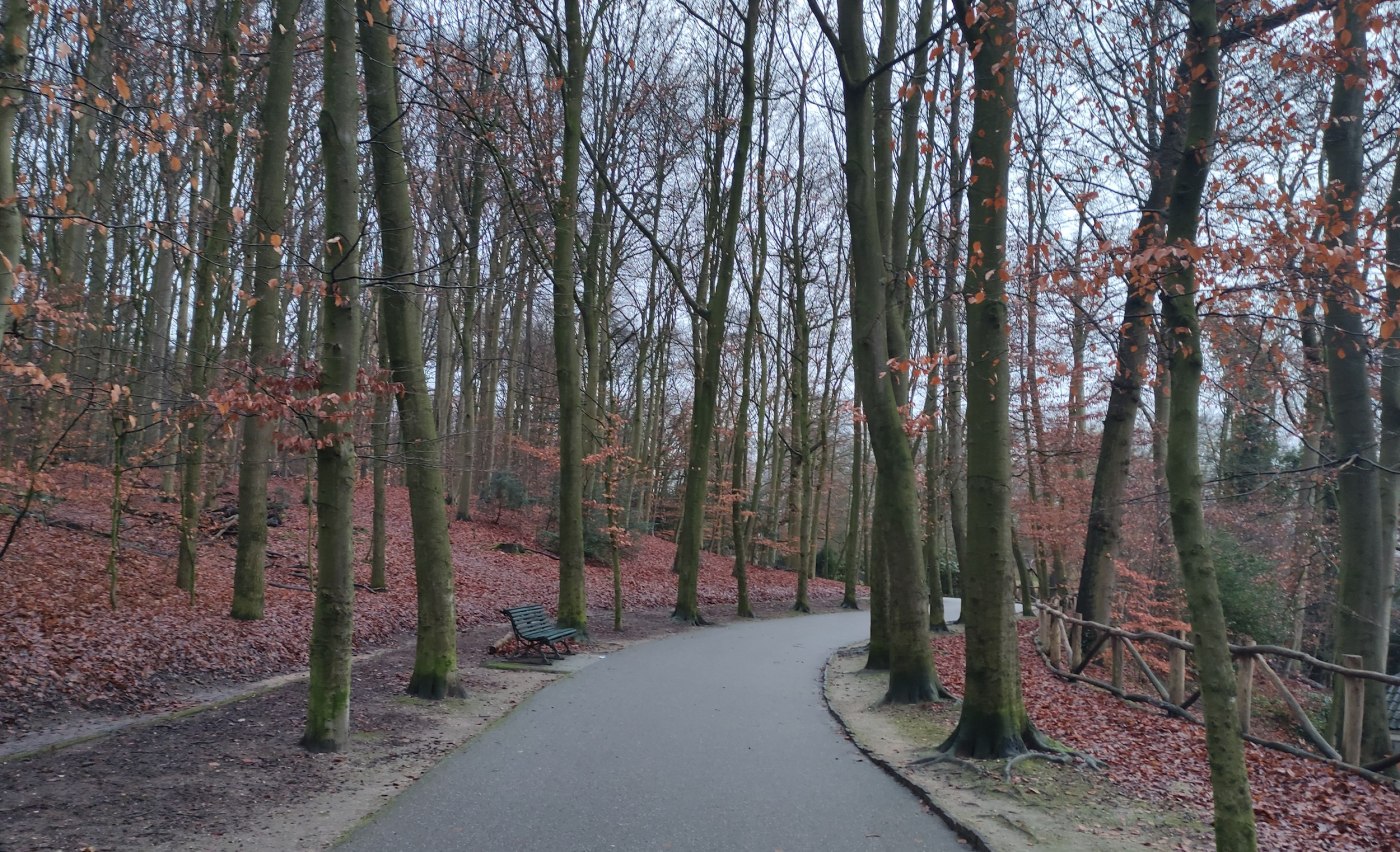 Park Sonsbeek is to the North of Arnhem, cutting into the city with its tip pretty close to the centre. It’s also uphill from there, and is proud to be a parkrun in The Netherlands with an actual hill. It’s toward the end of the lap, so there’s a lovely swooping downhill as you head towards the last section.

For a change, I was staying near enough to walk to the start, and so could enjoy the dark red leaves on the trees and gathered on the ground that give the park a particular look at this time of year. I’ve not seen anything quite like it.

The meeting point is on the NW side of the pavilion, which is pretty easy to find (though there are some wending and winding paths in the middle of the park, in which I had got nicely entangled the day before). The start is just along one of the paths there, but everyone walks there together after the briefing.

The route takes in the main sights in the park; a small waterfall, those leaves, plenty of trees, then up the hill through trees, swoop down past a big house off to the right (Stadsvilla Sonsbeek), over a little bridge and back to the start. It is very pretty, the surface is always good with occasional spots of mud to watch for and there are some undulations to keep you concentrating. Marvellous.

After the event, those of us who’d stayed headed to a nearby cafe, shown below, for breakfast. In a sense, it was just as well we did, as more or less everything in The Netherlands was closed on the next day. The event director had tipped us off that further Covid measures were expected, though was mostly thinking about them closing secondary schools early (primary had already closed). Others had guessed at wider restrictions, though, given that a couple of restaurants with outdoor seating were absolutely full that afternoon. At any rate, the food was good and the chat healthy.

This is a lovely event, the hill isn’t particularly steep so is worth attacking if you’re in the mood, and you’re well-placed for a visit to Arnhem afterwards. With around 20 finishers (21 this day) at the moment, it isn’t in any way crowded, but there’s plenty of space for more people as it grows. I’ll leave you with a few more views from the course.