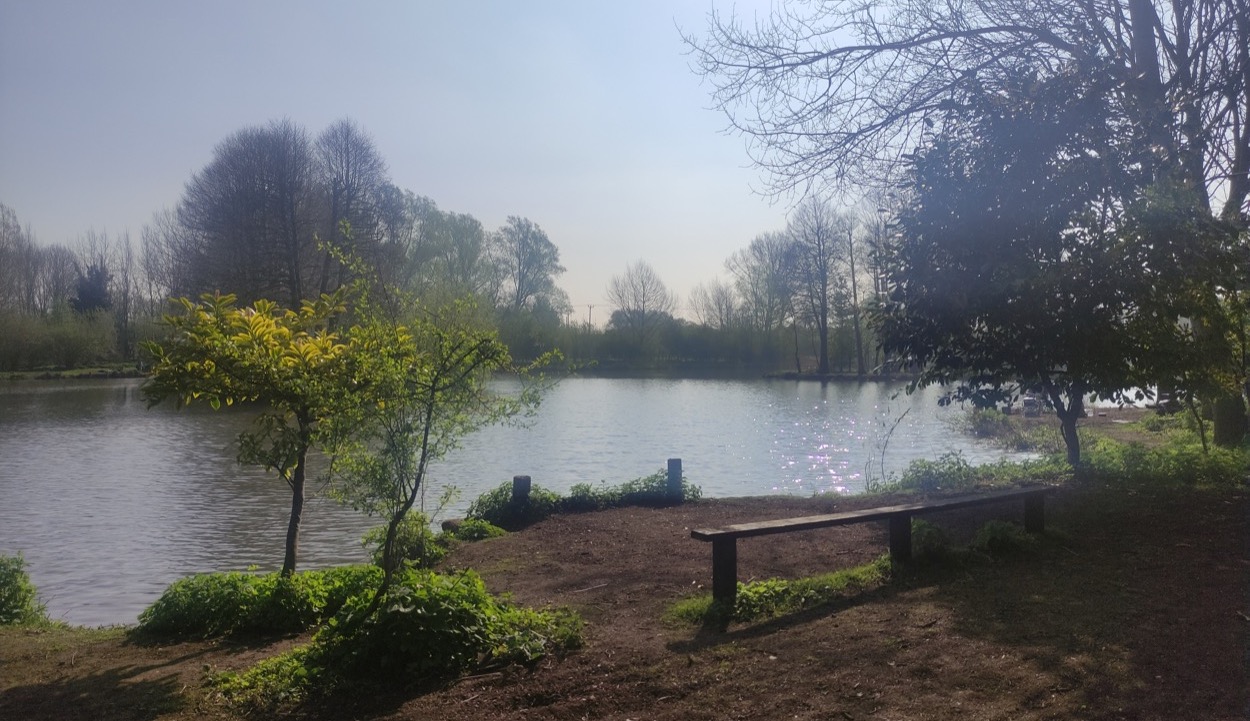 The site this event runs round is well-maintained thanks to the owners and some grants, and hosts camping, fishing and anything else I might have missed. It’s an oasis of nature and water, just off a busy road and next to a railway line (which briefly interrupted the pre-run briefing, though they carried on bravely throughout).

The route has plenty of potential to be muddy and relatively difficult despite its flatness, but it is also run on wide, clear paths and with gentle turns, often with a view over a lake, so it’s pretty and straightforward. It does also cross a couple of access roads into the site, but those are well-marshalled. Occasionally you might have to pause to let someone in, but no biggie (and it didn’t happen to me).

There’s a large car park, serving Arlesey station, just over the road from the site, with a few more minutes needed to walk to the start line. I chose to park the other side of the course, next to a local park, and walked down and along the main road to get there, which was a little further. On the way back I took a slight short-cut, walking past Champneys and cutting across the field. It was good to see other people, clearly locals, walking that way too – and lovely to have an event that close to your house.

This was one of the first non-muddy days of the year, thanks to some dry weather, which almost certainly made the course easier than it had been. That still brought its own challenges, with recent churned up mud, now dried, making for some ruts to avoid, but the footing was secure all round, and it is as flat as a flat thing. Though, as ever, I quickly compared it to the Dutch parkruns I ran, the first few of which varied from 1 to 3m of elevation and, yes, this one had more, at 8m.

There are a few other paths to explore if you have time and on a sunny day it’s a lovely place to be. I was near enough not to need any other facilities, but apparently they are available at the main entrance – see the course page for full info.